The best of Brazil all in one place 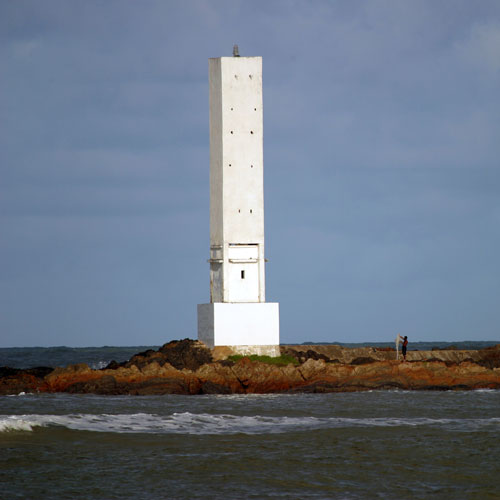 The city of Itacaré is inhabited by fishermen and Brazilian and foreign surfers that have chosen a slower-paced lifestyle that’s close to nature.

A bit of history

Initially inhabited by indigenous people, Itacaré was colonized by European Jesuits in the beginning of the 18th century. Many African slaves were brought to the region when colonizers discovered the value of cacao and the region’s potential for its cultivation.

The São Miguel Church and house of the Jesuits are two of the oldest buildings that grace the city. However, the vast majority of the historic buildings in Itacaré is remnant of the intense cacao boom in the 19th and 20th centuries when the city became the main port of Bahia for the export of cacao.

In the middle of the 20th century, Itacaré started to suffer from a decline in the prominence of Brazilian cacao due to the surge of more efficient competition in the global market, which coincided with the growth in importance of Ilhéus, starting in the 1950s, with its much more convenient port location due to inland access via paved roads.

In the 1980s, a fungus called “Witches Broom” destroyed the harvest and marked the end of the definitive cacao boom across the region, which then fell into extreme economic decay.

Fishing became the principal source of revenue in Itacaré, and the formerly famous port is now used exclusively by fishing boats and small vessels.

In 1998, Itacaré reopened to the world and tourism became the primary commercial activity with the construction of the highway between Ilhéus and Itacaré and the bridge over the Contas River in 2009. Even so, the inhabitants of Itacaré maintain a unique philosophy of life.

During New Year’s Eve and Carnival, it welcomes a great number of tourists ready to party. The roads are inundated with Axé (positive energy), samba, and beer, while bands play the whole night long.

Banks available in the city are: Banco do Brasil, Caixa Econômica Federal e Bradesco. There are some ATMs including the network of Banco 24hs in the city, but many times, especially in the summer, they can be out of cash. For that reason, if you are Brazilian and your bank doesn’t have a branch in Itacaré, it’s best to be safe and bring a certain amount of bills for possible spending in cash.

In many places, cash is the only payment option, and often only accept Brazilian reais. There is a currency exchange counter in Itacaré that exchanges US dollars and euros (they do not exchange travellers checks). The majority of restaurants and supermarkets accept credit cards (especially Mastercard and Visa). Besides that, bringing a Mastercard or Visa card (with a pin) is practical, because you can withdraw between R$500 to R$1000 per day at the ATM (consult your bank for withdrawal limits).

Our favorite beer is Bohemia and the best wines available are generally from either Chile and Argentina. The selection of fruit juices varies with the seasons.

Only drink mineral water and avoid ice cubes. Under no circumstances should you drink water from the tap or juices or drinks from places that don’t seem 100% clean.

The Caipirinha drink is very cheap, but you’ll struggle with your paddling the next day. The best energy drink for a party and the worst in terms of compromising your paddle stroke is Capeta.

Lightweight clothes! Itacaré’s climate is always very humid and for the most part hot. Therefore, bring lightweight clothes and some protection against rain. Here in Itacaré we dress very casually, usually walking around in t-shirts, shorts, and flip flops, so formalwear is unnecessary, even to go out at night.

During the winter, the temperature hovers around 25ºC, so if you run cold, bring along a light jacket. If you’re staying in a hostel, bring a bath towel or rent one at the reception. 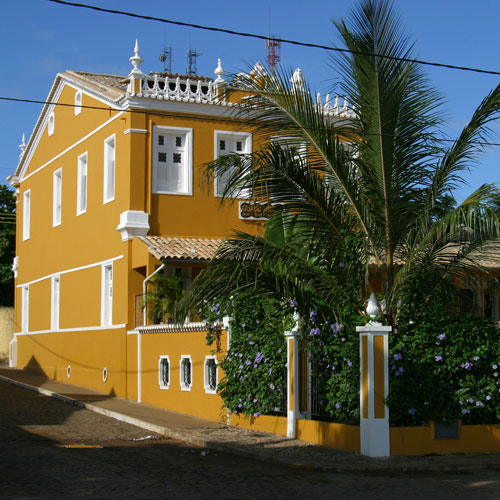 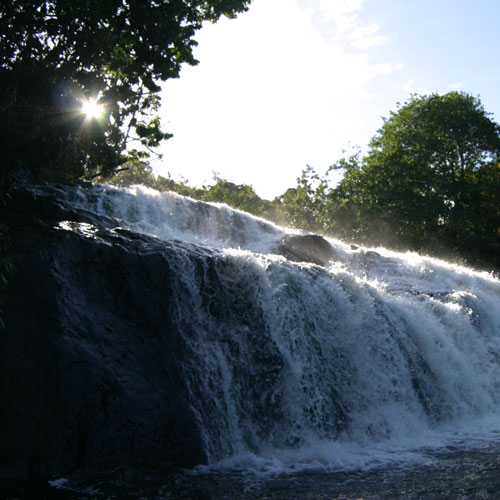 Itacaré is surrounded by a vast and dense area of the Atlantic Forest, that contains rivers, waterfalls, and many endemic species of flora and fauna. In fact, the southern region of Bahia is the steward of the most significant parcel of the Atlantic Forest in all of the northeast of Brazil.

We believe that, beyond the marvelous beaches and consistent surf conditions, the natural beauty is the most precious tourist attraction that Itacaré has to offer.

The Atlantic Forest itself is considered by the scientific community to be one of the richest ecosystems on the planet in terms of diversity, and the second most endangered…that’s why in 1991 UNESCO named the Atlantic Forest a “Biosphere Reserve.” In other words, this region is today one of the three highest priority zones for the conservation of the biodiversity of the planet.

There are two public environmental preservation institutions that puts this priority into practice:

A scientific study undertaken by the New York Botanical Gardens identified 456 different species of trees in one hectare of Serra de Conduru, a world record!

The reason for exceptionally high incidence of tropical forest preservation in this region can be found in the fact that the river valleys in the south of Bahia provide ideal conditions for the cultivation of cacao in the shade of big trees. Therefore, while it’s not old growth forests, the region has preserved great tracts of forests due to their primary comercial use: the cultivation of cacao.

Anyway, since the decline of the cacao cultivation caused by the “Witches Broom” in the 80s, the majority of the farmers abandoned their properties and their agricultural workers, opening the way for industry pressure to take advantage of the forest. Post the cacao industry, the approach has been to convert forests into timber without regulation.

Made with ❤ by Agência Vínce


Deprecated: Directive 'track_errors' is deprecated in Unknown on line 0